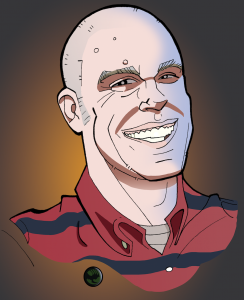 I'm Corey Reid. I'm really tall, probably taller than you expect me to be. At least, almost everyone says, "Wow, you're really tall," when they meet me, which is nice because it means I'm exceeding expectations without having to work very hard. So I always try to thank people when they tell me that.

And there's our first conversation pretty well mapped out, should I ever be so lucky as to meet you.

I am a child of the 70's, more or less, and grew up reading Fritz Leiber, Anne McCaffery, Edgar Rice Burroughs, and C.S. Forester. Not that those latter two are particularly 70's-ish writers, but I lived in a pretty small town so books took a while to get there. That I love those authors will almost certainly come as no surprise to anyone who reads my stuff and has read theirs. If you haven't read theirs, do so immediately, then come back here and thank me.

I've been writing stories almost since I first learned how to print letters, and I still have my original Bobbsey Twins story I wrote in Grade Two, so I may have invented fan fiction. I attended university on a playwriting scholarship, and studied with noted Canadian playwright Clem Martini and former Parliamentary Poet Laureate Fred Wah. My comic book REFORM SCHOOL NINJA GIRLS has five stars on Comixology, so I guess Fred and Clem were helpful. Thanks guys.

I have published a number of books in the tabletop gaming space, most recently the adventure Queen of the Nile for the forthcoming TimeWatch game from Pelgrane Press.

My opinions are occasionally strong, especially when involving kung-fu movies, the inadequacy of capitalism, tasty food and the importance of transparency. If you think you'd be interested in hearing or even yelling at me about my opinions, I'm pretty easy to find if you know I call myself "barsoomcore" online. Best chance is Twitter these days. There are some links below if you're really keen.

Other authors whose ideas I often steal: Steven Brust, H. P. Lovecraft, Ogden Nash, P. G. Wodehouse, Anne Rice and A. A. Milne. I don't read as much fiction as I did in my younger days, but it's still always a thrill discovering new writers.

If you and I ever get to a second conversation, maybe we could spend that with you telling me about some other authors I should read. I'd appreciate that.

I grew up in Western Canada, and by way of Tokyo ended up in Eastern Canada, where I live with my wife and a whole array of imaginary people. 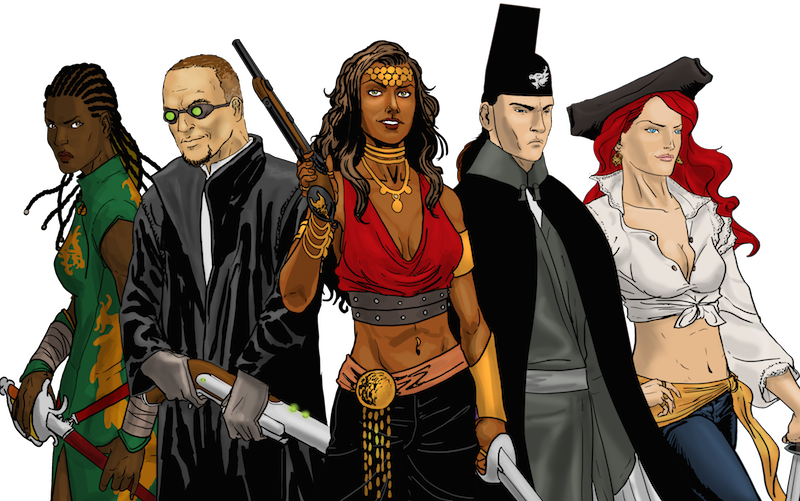