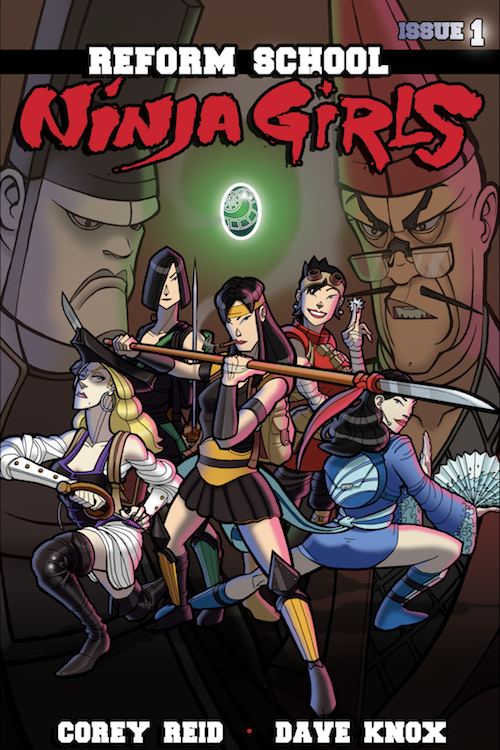 Buy it as a PDF!
Or a Kindle e-book on Amazon!

REFORM SCHOOL NINJA GIRLS is the story of five young ninjas who are sent by their clans to be disciplined at the Ninja Island Correctional Academy. Thrown together in the toughest school imaginable, considered worthless criminals by everyone in society, these five girls have no one to rely on but each other.

Too bad they hate each other so much.

Masayo joins Ritsuko (the pyromaniacal genius), Eri (the stone cold killer), Yumi (the crazy sorceress) and Millicent (the stuck-up princess) as they try to unravel what's going on, and save the very clans that seem to have given up on them.

This first issue, FIELD TRIP, has Masayo getting the whole gang in trouble, as they sneak out at night, get into a bar fight and end up trapped on ship, surrounded by sneering soldiers. The girls go flying as they try to unmask a sinister Imperial agent, only to find their hands empty and their futures in doubt.